Canarian Traditions on All Saints Day

In Tenerife, Halloween is not a deeply rooted tradition, although every year more and more children knock on the doors of their neighbors to ask for Trick or Treat. It is becoming more common to see how the terrifying costumes and traditional pumpkins appear on our streets the days before October 31st.

Here, however,  it is typical The Feast of Los Finao or Finados. It is celebrated the night before the Day of the Dead (November 1 to 2), but also takes place the eve of “All Saints”, the night of October 31 to November 1.

In this old tradition, which is currently being lost, children also played at the doors of their neighbors and asked: are there saints? The prize were almonds, nuts, past figs or chestnuts that were collected in a sack.

In the afternoon, the families gathered to remember their dead. The older woman in each family remembered the dead, (“Los finaos” the persons who had come to an end) telling anecdotes meanwhile the meal was shared with the seasonal fruits.

The Animas Brotherhood formed by singers and players, was also a tradition, now in disuse, which consisted of going from house to house, on the night of All Saints’ Day and the Day of the Dead, in order to collect resources to celebrate the Novena de las Animas.

TYPICAL RECIPES OF THE DAY OF ALL SAINTS

In gastronomic terms, we have some delicious recipes to celebrate All Saints Day. For example:

Either way as you are going to celebrate it, we hope you have a good night.

What you can read next 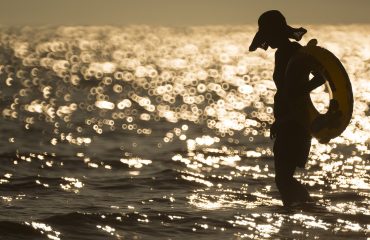 4 benefits of swimming in Autumn

The carnival has arrived!

All you need to know about Mother’s Day

You can find out more about which cookies we are using or switch them off in settings.

This website uses cookies so that we can provide you with the best user experience possible. Cookie information is stored in your browser and performs functions such as recognising you when you return to our website and helping our team to understand which sections of the website you find most interesting and useful.

Strictly Necessary Cookie should be enabled at all times so that we can save your preferences for cookie settings.

If you disable this cookie, we will not be able to save your preferences. This means that every time you visit this website you will need to enable or disable cookies again.